The History Behind Bridge & Quarry

Bridge & Quarry came together as about natural as can be.  Dan, being a contractor, was doing work on Jeff’s front porch.  When Jeff was looking for a similar job done, his neighbour suggested Dan.  Impressed by Dan’s outstanding work, Jeff started to ask Dan to do contracting work related to his real estate business.   In a span of two years, small jobs became large projects.  Both Dan and Jeff realized they had something they could offer together.

The next step was become licensed in Ontario to build homes.  Soon enough, their first build was completed in Port Colborne, right across the street from a Quarry. It sold in two weeks at 640K. Immediately after their initial success, they built a second and third house right away, both selling in one week for asking price.  And, as they, the rest is history.

Dan’s attention to detail and perfectionism, coupled with Jeff’s extensive home buyer knowledge covers all bases. The result, a house that will be sure to impress and more importantly raise in value in quick order.

All Bridge & Quarry Houses are fully warrantied with Tarion for 1, 2 and 7 year terms, but more importantly built to last.

Our buyers are our best source of marketing as they consistently refer and showcase our homes to potential clients as they are ecstatic with the value they get! 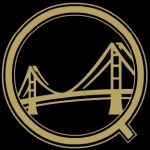 FOR THE HOME BUYER